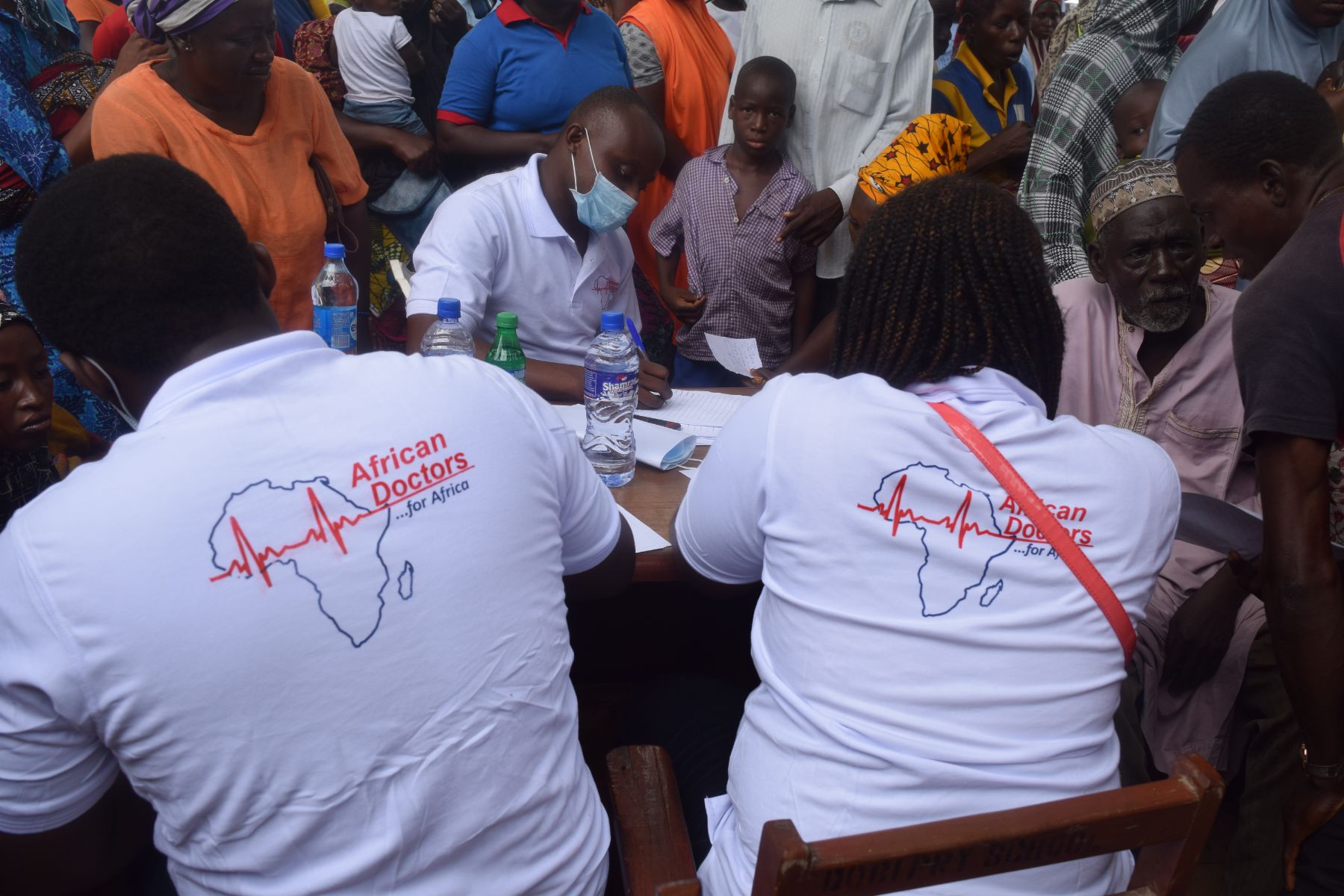 In line with the resolve to boost health coverage in Nigeria, African Doctors for Africa and Oral Health Advocacy Initiative (OHAI) on Wednesday commenced a two-day medical outreach for women and children in Dobi, a community in Gwagwalada Area Council of Federal Capital Territory.

The outreach which centres on Malaria control, Oral Health, Hepatitis B and C, Nutrition, eyes screening and provision of lenses, Tuberculosis (TB) and HIV/AIDS was declared opened by the Permanent Secretary, Federal Ministry of Women Affairs Mrs Ifeoma Anagbogu with over 700 patients attended to.

Represented by Mr Joseph Dzungwe, the Permanent Secretary explained that the outreach has given credence to Nigeria’s signing of the UN convention on the rights of the child (CRC) and the convention on elimination of all forms of discrimination against women (CEDAW) as well as other statutes, conventions and treaties which enjoin states parties to ensure the enjoyment of the highest attainable standard of health facilities for the prevention and treatment of illnesses.

Mrs Anagbogu further noted that the Federal Ministry of Women Affairs places premium on well-being and rights to quality health groups in the society hence, collaborating with non-governmental organization and Community based Organizations and other initiatives to this end.

“Government alone cannot meet the health needs of our teaming population hence the need for the contribution of NGOs, CBOs, other stakeholders and partners who provide a variety of services and programmes for the health benefits of the populace”, the Permanent Secretary added.

Also speaking, Mrs Nma Ogbonna, Assistant Director/Head NGOs who represented the director of Health Planning and Statistics, Federal Ministry of Health, said the activities championed by Oral Health Advocacy and African Doctors for Africa would in no small measure contribute to government’s efforts to improve health of the people.

Earlier, the Executive Director of OHAI, Dr Ver-or Ngutor expressed excitement over the huge turnout of the people and commended the traditional institution in the area for mobilising its people to take advantage of the programme.

He pledged the commitment of OHAI and African Doctors for Africa to continue to work closely to ensure that health care is available for as many as possible.

Over 700 patients were treated for various illnesses and over 80 wrappers distributed to some women during the outreach.