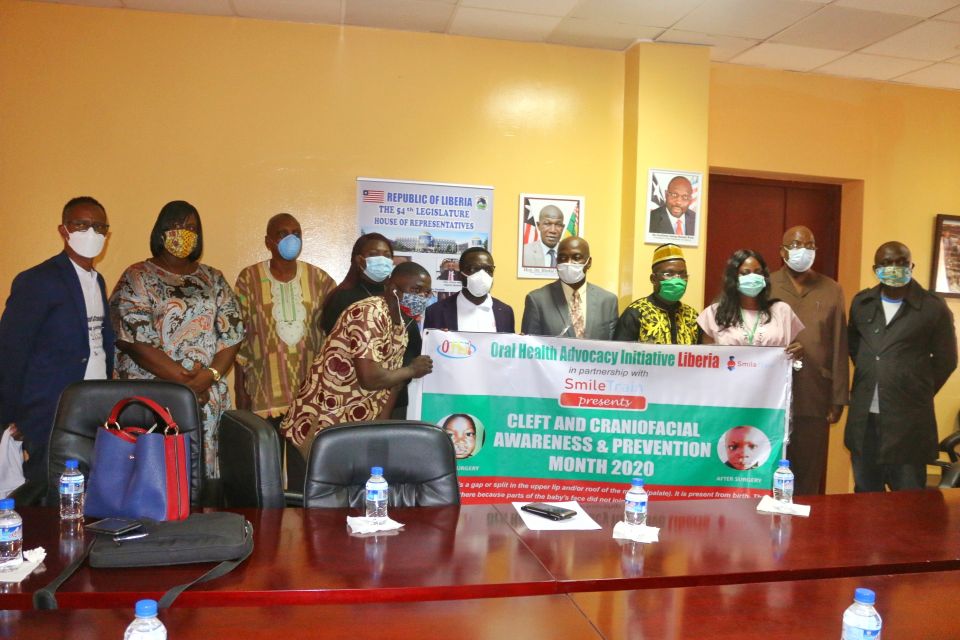 Relief has come the way of Cleft and Craniofacial patients in Liberia as Oral Health Advocacy Initiative (OHAI), launches Country Program to give national attention through vigorous awareness and treatment campaigns across the country.

Officially launching an awareness campaign on Thursday, July 30 at the Capitol Building in Monrovia, the official seat of the Liberian Legislature, the Country Representative of OHAI, Mr. Hilenen V. Aben attributed the prevalence of the disease in the country to poverty.

According to Mr. Aben, Liberia has had very little awareness over the years, as such the launch of the awareness campaign creates a better platform to increase and widen the messages with respect to the plight of persons suffering from Cleft and Craniofacial in Liberia.

OHAI Country Rep. said, its awareness and oral health education and treatment would be heavily focused in mostly rural communities.

He continued, “Oral Health Advocacy Initiative (OHAI) is proud to identify with the good people of Liberia, and development partners who are playing key roles in health promotion and addressing pressing challenges in public health.”

According to Aben, the World Health Organization (WHO) regards health as a fundamental human right, and health promotion as a comprehensive social and political process of enabling people to increase control over and improve their health and well-being.

Responding, the House of Representatives Chairman on Health, Hon. Joseph N. Somwarbi thanked Oral Health Advocacy Initiative for its far-sightedness and great relief the program has brought to Liberian children. He expressed the readiness of the National Government of the republic of Liberia through the health committee to give legislative support in achieving the goals of the OHAI in Liberia.

Also responding, Hon. Johnson N. Gwaikolo, House Committee Chairman on Education welcomed the initiative of OHAI to identify with the less privileged in the country and to provide them with free medical surgeries. In the same vein, the chairperson, National Civil Society Council of Liberia, Ms. Loretta Pope Kai welcomed OHAI to Liberia and pledged the support of the group which has membership in all communities across the 15 counties of the Republic. Other members present including representatives from the ECOWAS community welcomed the initiative of OHAI in Liberia and pledged to support the organization in actualizing her objectives.

Oral Health Advocacy Initiative is a Pan-African Non-Governmental Organization that is committed to advancing the course of oral and dental health delivery in Africa, through advocacy, strategic partnership, and community mobilization.

Through her strategic approach, OHAI has gained over 140,000 hours of real-time hands-on experience in cleft surgery which has made it the best performing cleft surgery organization in West Africa performing over 5,000 cleft surgeries for children and adults between 2011 and 2019. Following best global practices in cleft surgeries, OHAI has also received the award of “Global Leader in Cleft Care” by Smile Train (USA), the global leaders in cleft care program.