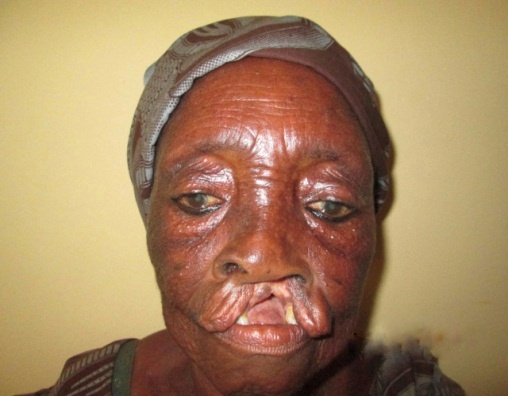 This is a common saying whose deep meaning is rarely appreciated. However, this was the testimony of Mary Matthew in May, when the OHAI team in partnership with Smile Train set up their station at the State Specialist Health Centre in Okitipupa, Ondo State, Nigeria. Mary Matthew was among the first patients to show up. She had come alone and was already in the Operation Room by the time her next of kin (her daughter) arrived at the premises.

Mrs. Mary admitted being scared when she entered the operation room, but she was reassured by the friendly atmosphere created by the OHAI medical team in the room, who even communicated with her in her local Yoruba language. The surgery was done in a blink of an eye to the surprise of everyone including Mrs. Mary given her preoperative cleft condition.

She came out as “LADY MAY” with a totally different outlook. Her daughter called out her name to make sure she was beholding the same woman who left the house that morning. Though, Mrs. Mary seemed worried as she tried to speak, and pointed her fingers to her lips.

At 72 years – “I am breathing through my nose” – those were the first audible words she uttered. The very first time she did not have to repeat for people to hear. That utterance had a deeper interpretation to everyone present at that moment; due to her very large cleft lip, her mouth had never been able to close properly, which compelled her to breathe orally throughout her life.

Therefore, she found it surprising to feel the airflow through her nostrils. Her fears were calmed as she was prescribed free post-operative medication. Under the unending rain of praises, Mrs. Mary and her daughter thanked the team prayed God to reward them abundantly, even as the team has given her a new life.

Despite the stitches, she drew a visible smile each time we showed her a mirror or a recent picture of hers. At 72, we can say that a new life had begun for her.